After spending a few days in the craziness of Barcelona, we headed south to the picturesque and quaint little town of Granada, made famous due to old Moorish castle and fortress, known as The Alhambra.

If you’re visiting Spain, this is an icon not to be missed (and it seems as though everyone has been told likewise). Tickets have to be booked online in advance, with specific entry times, so that the main palace does not become too over crowded with visitors. If you’re visiting in summer, I suggest that you visit in the early morning or late afternoon, as southern Spain becomes extremely hot in the middle of the day, and there is a fair uphill walk to The Alhambra, or you could always take the bus if you forgot to take your walking along.

The Alhambra complex is absolutely mind-boggling. It is enormous – the buildings and gardens never seem to end. Originally constructed in 889 as a fortress, it took prime position over Granada, with a fantastic view over the town and surrounding countryside. It was transformed into a royal palace in 1333 and its Islamic palaces were home of the last Muslim Emirs in Spain, the Nasrid Dynasty. The gardens and buildings are all evocative of wealth and power. The immaculate and highly detailed wall carvings and plaster castings, the skilled mosaic and tile work, even the ornate wood carvings on doors and ceilings. No corner is left bear – the interiors and exteriors of the palaces are all ornately decorated – it really is a feast for the eyes. The entire place is magical. I would definitely set aside a good half a day or more just to explore the complex. Take your time admiring all the amazing art work, stroll through the peaceful gardens, and enjoy the spectacular view of Granada from one of the many vantage points.

The Alhambra was taken over in 1492 by the Catholic monarchs after the Reconquista, during which time some Christian elements were added to the complex. Over the centuries, The Alhambra was slowly neglected and began to deteriorate, until it was ‘re-discoverd’ in the 19th century by scholars and travellers. From this point in time, restoration work began on the buildings and gardens to restore it to the excellent condition we find it in today.

We were also lucky enough to visit Granada during the season of the Flamenco Ballet. And we were also so lucky as to get tickets for the final show, which was being performed in the gardens of The Alhambra. So we got a little dressed-up, sipped a champagne or two before then show, and then had the most wonderful experience of watching a group of talented performers under the starry mid-summer night sky. 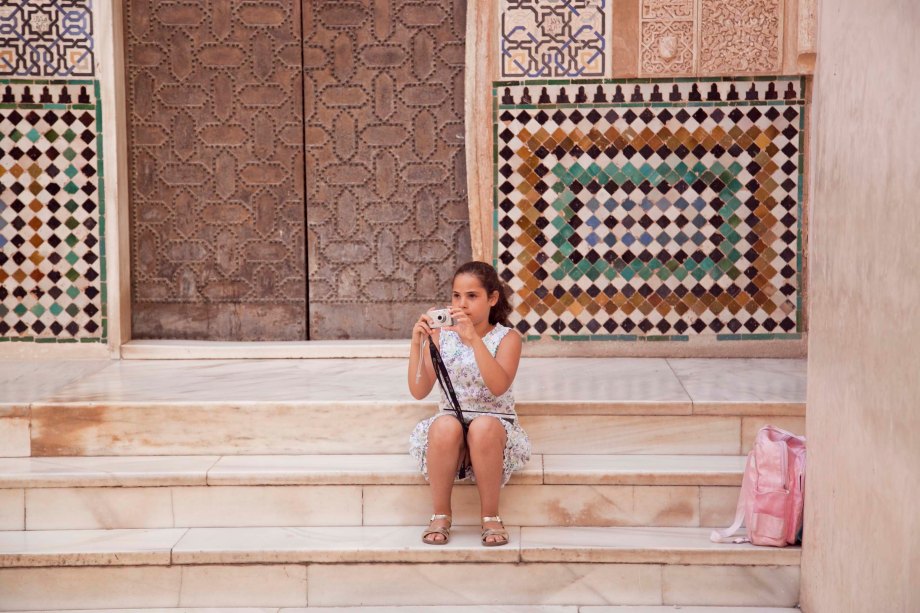 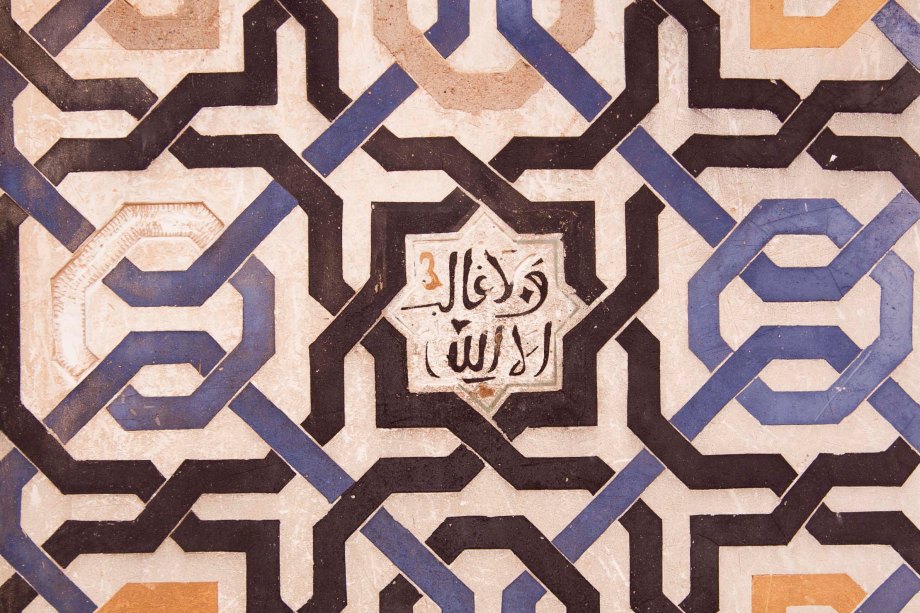 Aside from The Alhambra, Granada itself is a beautiful town to visit. Located in Andalucia, the region in southern Spain, which was for centuries ruled by Moorish/Islamic people originally from northern Africa. Granada is a typical Andalucian town with many influences of the Islamic culture, both in the architecture and layout of the town, as well as the attitudes and values of the people. We were so fortunate enough to stay right in the centre, in the Albayzin – the old Muslim quarter, an area bustling with stores selling Arabic sweets, homewares, alternative medicines and a number of quaint little Middle Eastern/North African inspired restaurants. It has been created by a labyrinth of streets, weaving up and down the hill, which are rather easy to get lost and disoriented in. It is a great place to wander around and literary lose a few hours in.

Another interesting part of Granada is Sacromonte. This area was originally the neighbourhood of the gypsies, who arrived after the Christian conquest. This neighbourhood is a collection of cave houses built into the side of the hill, known as Sacromonte. The area still has a bohemian feel, with flamenco music softly dancing through its desolate streets at all hours of the night.

Granada is also a great place to do a spot of shopping. Aside from the usual tourist paraphernalia, there are all your regular stores, such as Zara, H & M, Mango, etc. Granada was also the first place we tried this amazing frozen yogurt which we later found all over the towns in southern Spain. We couldn’t get enough of it. We would eat it for breakfast, lunch and dinner. So delicious and refreshing in the summer heat of Andalucia. 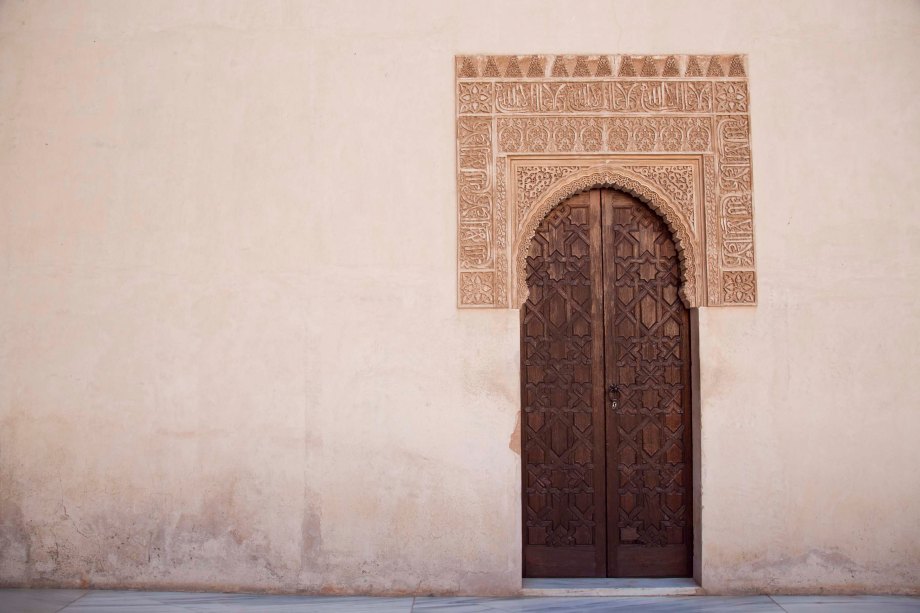 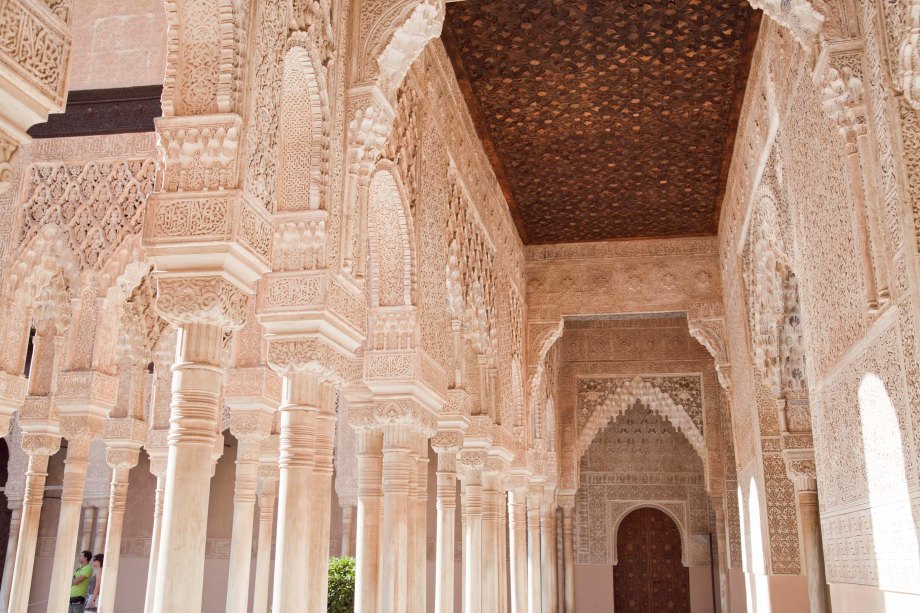 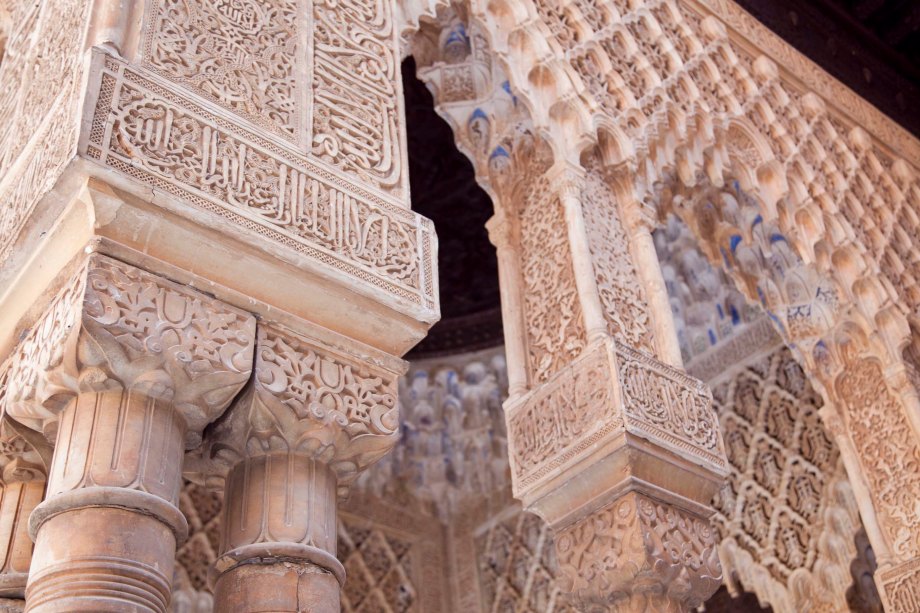 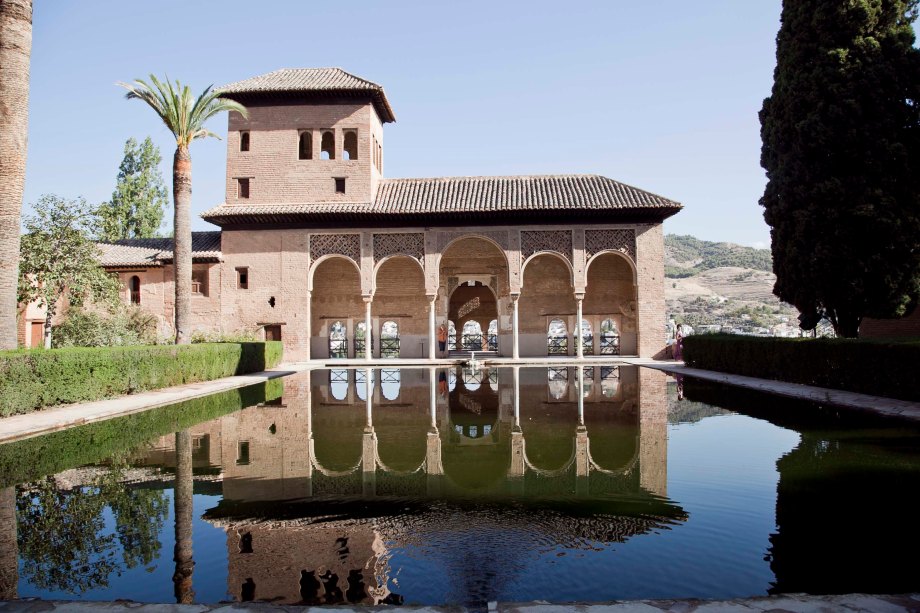 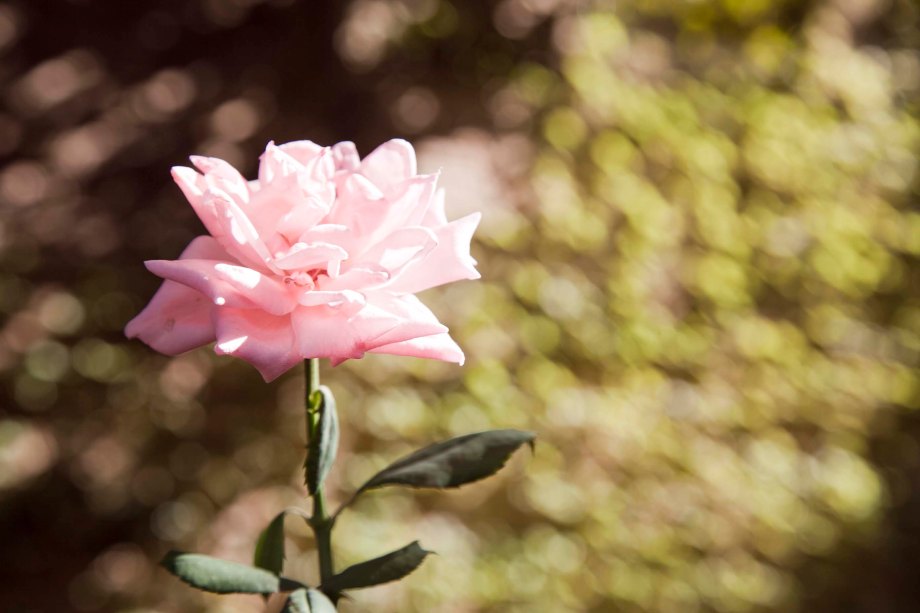 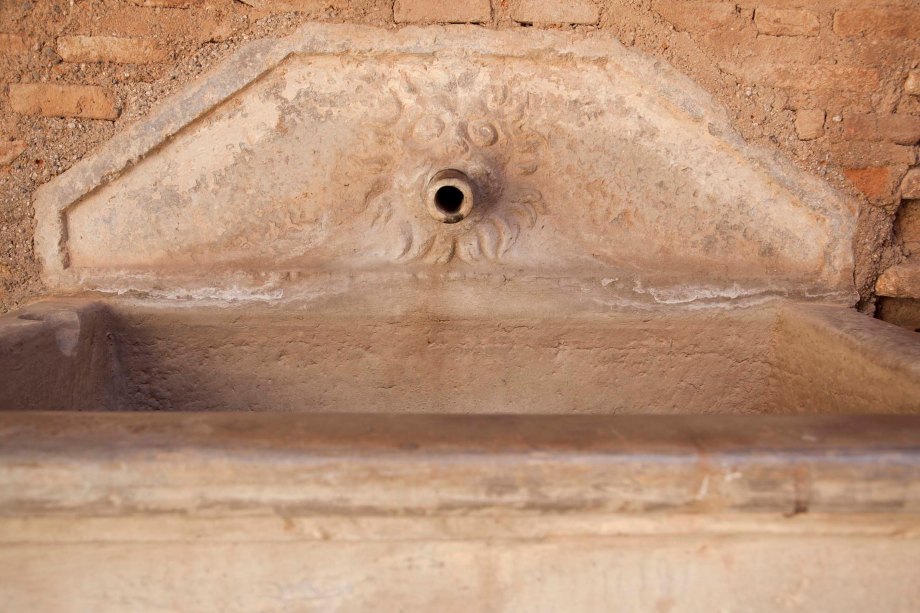 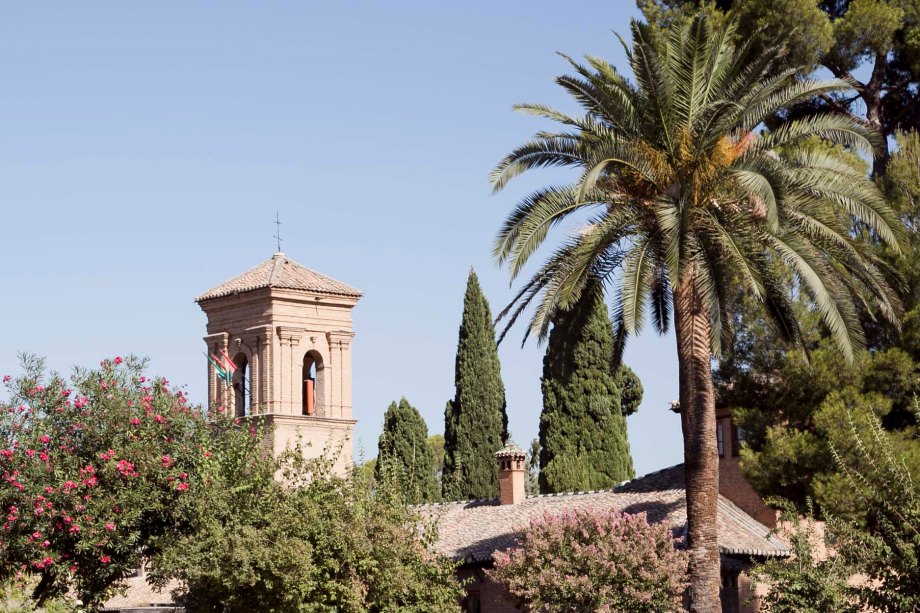 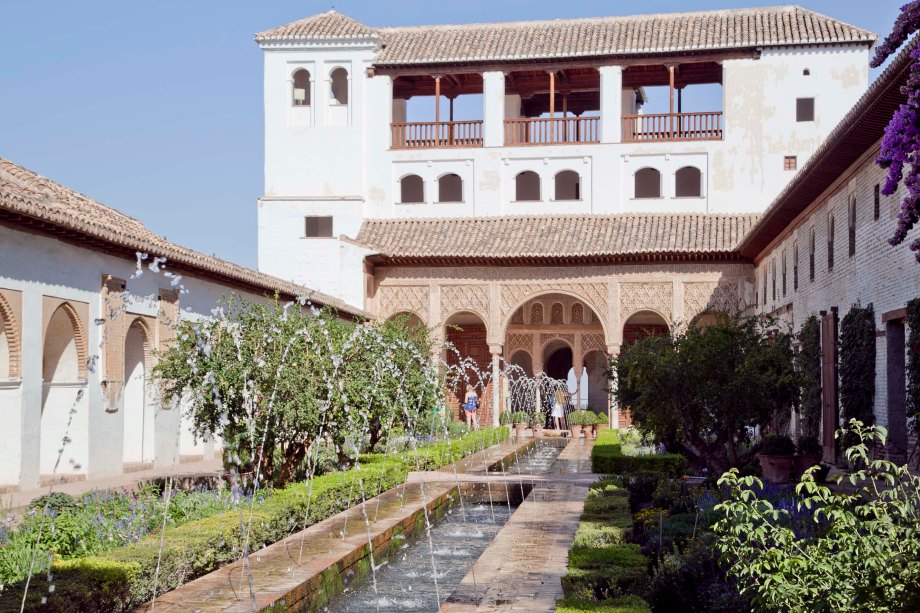 Getting There:
We were originally thinking to get the bus from Barcelona, which would have been long and tiresome. Then we discovered that Veuling flew from Barcelona to Granada for only 80 euros. Perhaps cheaper than the bus and 10 hours quicker. Flight time is about an hour, and hassle free. There is a shuttle bus waiting for you at the airport in Granada to ferry you to the town centre without a trouble in the world.

Stay:
We stayed at the Oasis Hostel in Granada. This chain of hostels is well-known in Spain for their friendliness, party atmosphere and cleanliness. The room we had was not one of the best during our trip – you heard a lot of street noise, the rooms were very small considering the amount of bed they squashed in, and my travel partner was ferociously attacked by bed bugs. Its good points were that is was well located and it had a friendly atmosphere.

Eat:
The frozen yogurt, of course! A perfect way to cool down in the scorching sun. Or a cheap and sweet meal choice in our case. Chose your size, select your toppings and away you go. Toppings include such things as dulce de leche, cookies and cream, brownies, M & Ms, nuts, fruit, etc. There are about 30 to chose from, and making that chose is probably the most difficult thing you’d do during your stay in Granada. 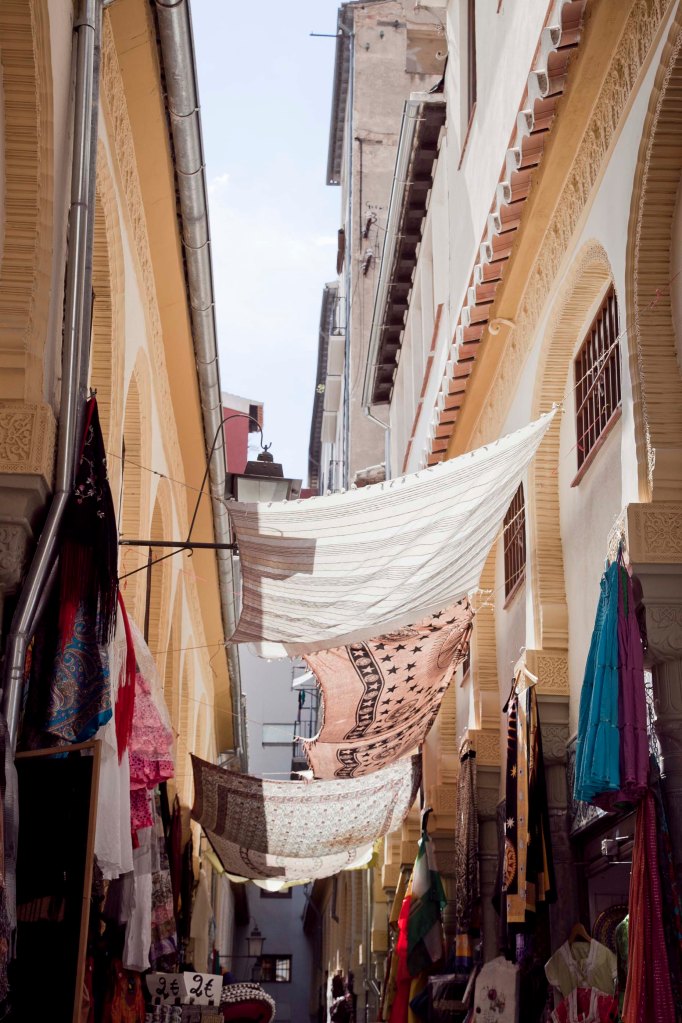 Whilst staying in Barcelona, we hired a car for the day and did a little road trip up Costa Brava, visiting the small towns of Cadaques and Tamiru. It was a nice break from the hussle and bussle of Barcelona (and cities in general – prior to visiting Barcelona, we spent a few days in Berlin). We enjoyed the open roads, fresh sea air and the small town/holiday atmosphere. 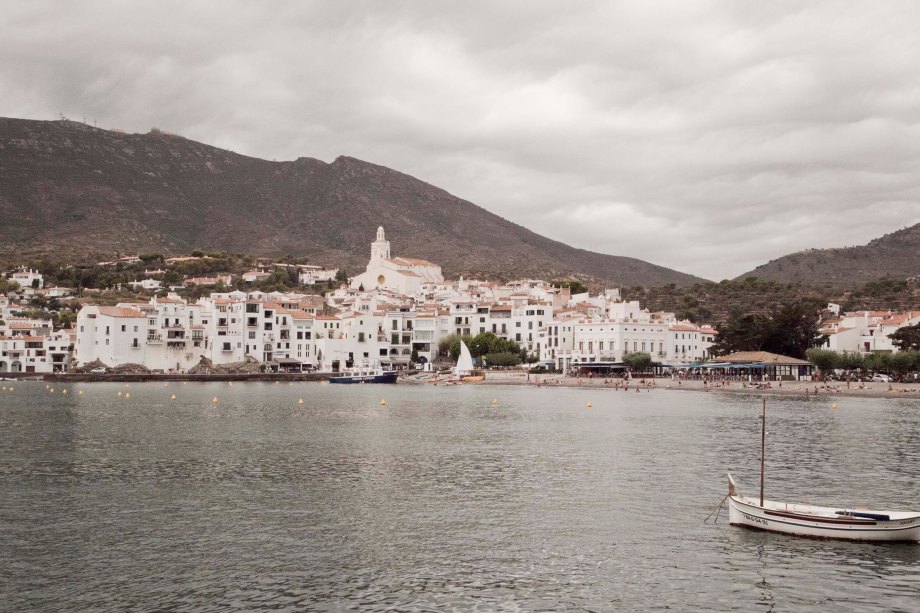 Our first stop was Cadaques, located about a two hour drive north of Barcelona (take the E-15 freeway and turn off at Figueres. From there you will see signs to Cadaques. Or just simply take a GPS). Once you arrive in Cadaques, follow the signs to the council carpark – although the parking fee is quite high, there are plenty of parking spaces, which are scarce throughout the rest of the town. The carpark is also only a short walk to the town centre. Cadaques is reasonably small and easy to navigate – although, like many small old towns, it’s not difficult to get a little lost in the labyrinth of small, narrow, windy cobblestone streets. Cadaques is a beautiful little whitewashed seaside town. We unfortunately visited on an overcast day, but I can imagine that it would be absolutely spectacular on a clear summer’s day.  It’s little wonder that Salvador Dali, and other well known artists, such as Miro, Picasso and Duchamp spend summers in the town. I’m sure it gave them plenty of artistic inspiration.

To get the best view of Cadaques, take a little walk along the promenade which circles the bay in which Cadaques is located. No visit to Cadaques is complete without tasting their exquisite gastronomy, particularly their seafood. Being originally a fishing town, Cadaques prides itself on the quality of its seafood. Many restaurants serve up a delicious paella, or many have set tapas menus, which often serve up a variety of seafood delicacies. Being so close to the French boarder, many people in Cadaques can speak French fluently. So if your Spanish is non-existant (such as ours was), and your French just a little rusty, it is a great opportunity to practice. 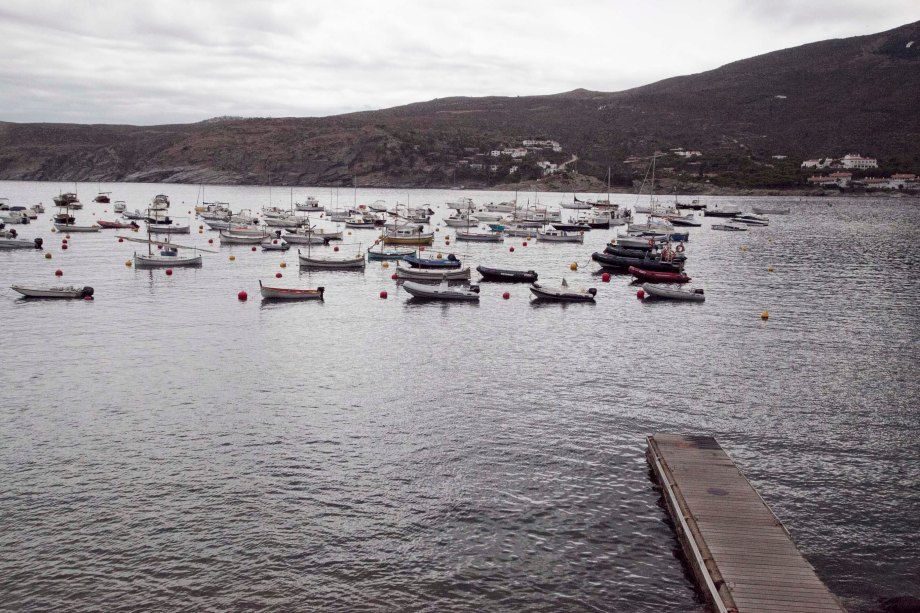 After Cadaques, we drove back south towards Barcelona and took a little detour to the tiny town of Tamiru. I would have never thought to visit Tamiru (it doesn’t even appear on many maps), except that my friend in Barcelona mentioned it as a friend of ours worked there one summer and said it was one of the most beautiful and untouched little towns in Costa Brava. To get there, follow the signs, or your GPS to Palafrugell. From here, there will be some small signs to Tamiru which you follow (ignor your GPS, as it, like ours, may lead you down a dirt road about 2km from Tamiru with leads to nowhere). As you drive town the steep and narrow pinetree lined road leading into Tamiru (make sure you stay away from the cliff edge), you will get glimpses of the picturesque bay which appears to be hidden away from civilisation. Again, park in the council carpark (at arount 1 euro an hour, it’s a bargain compared to the parking in Cadaques. There isn’t much in Tamiru except for a few houses, a couple of hostels and a handful of cafes and restaurants. But that’s the beauty of Tamiru. We were lucky to arrive as the clouds were parting and the afternoon sun was glistening on the sea. The crystal clear water was so inviting, that as soon as we arrived, we jumped in. We spent the final hours of the afternoon just basking in the serenity of the beach and enjoying some delicious gelato. 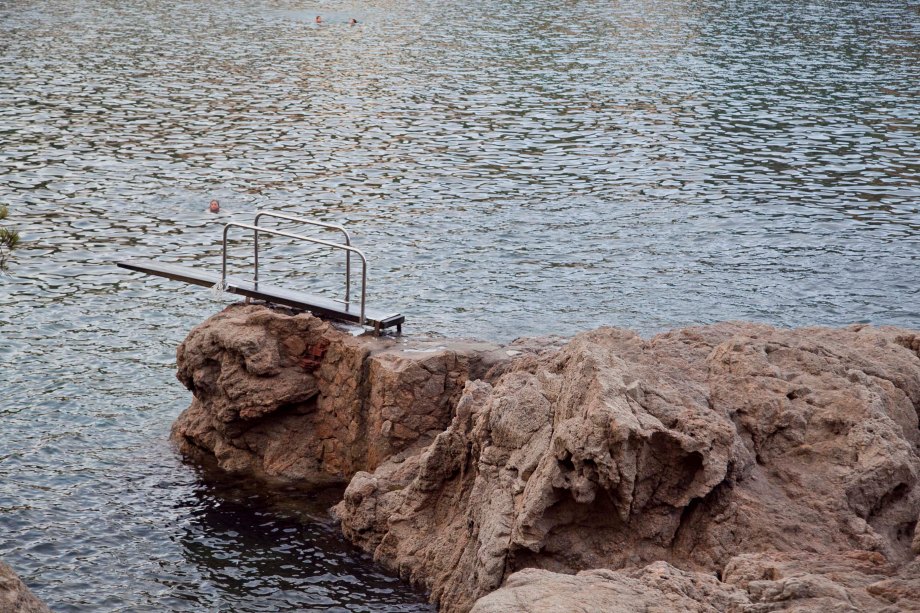 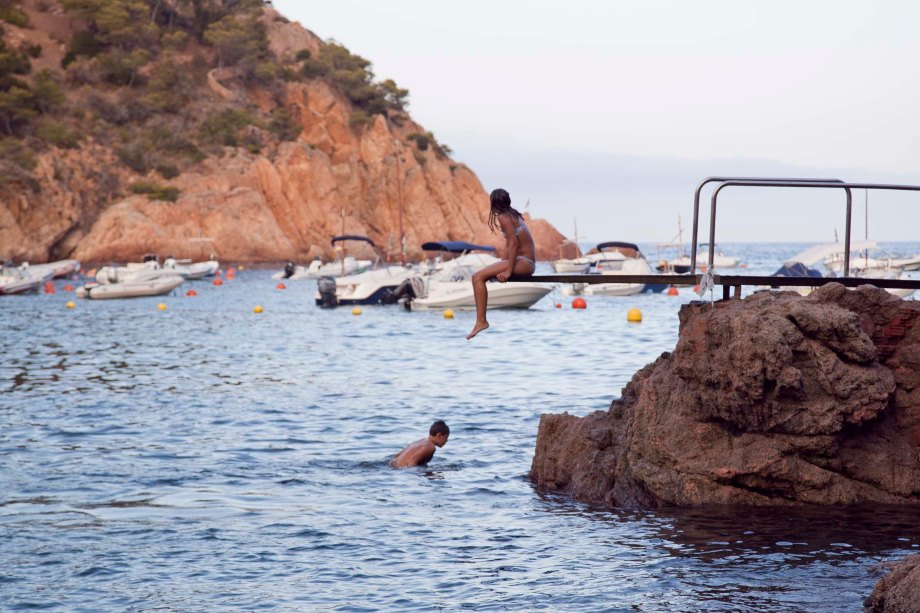 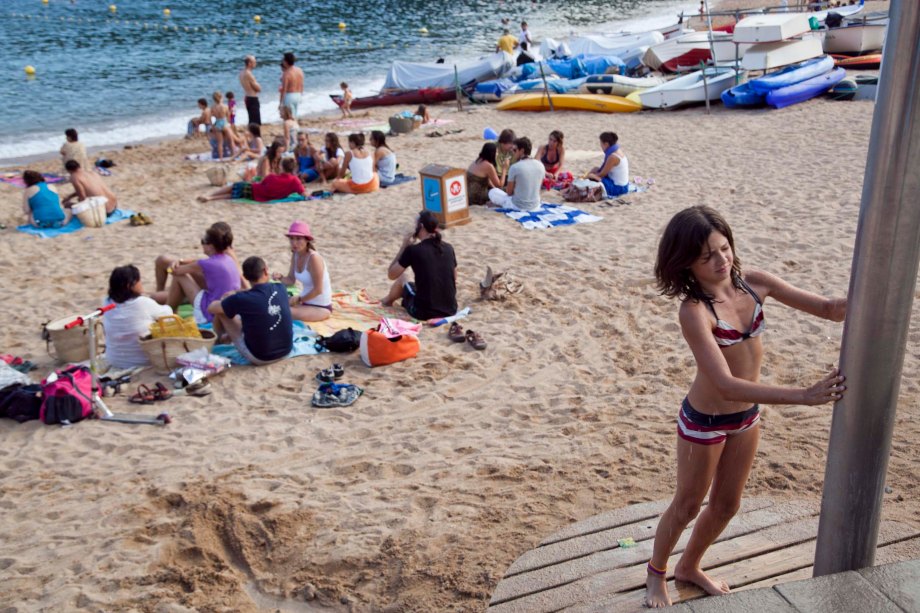 Getting there:
We hired a car from Europcar (located on Gran Via, Barcelona). It’s best to use a GPS if it’s your first time in Barcelona to get out of the city, but once you’re on the E-15 freeway, the drive is quite simple – most decent sized town are market on the freeway exits. This freeway north of Barcelona is one of the most expensive in Spain. I think our total tolls there and back were about 20 euros. Staying on the freeway, although expensive, saves a lot of time, especially if you’re only doing a day trip. But if you have time to spare, taking the coastal road would be a lot more scenic and interesting.

Eat:
Seafood! Costa Brava is famous for its seafood. This is the place to try Spanish paella. Try it in different restaurants, as everyone has there own spin on the all time favourite and iconic Spanish dish. And like everywhere in Spain, tapas is extremely popular in Costa Brava, particularly the seafood options.